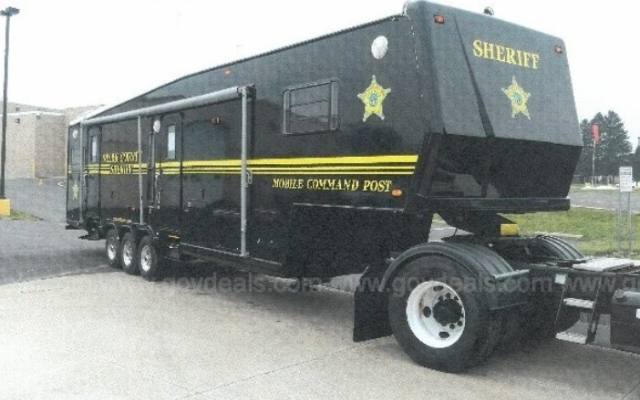 The bids are coming in better than expected, so someone apparently wants the 2000-model Crossroads-make Stark County Sheriff’s Office Mobile Command Center.

It’s now for sale on GovDeals.com.

Sheriff’s Major CJ Stantz says the vehicle is older and no longer needed at venues like the county fair and the Hall of Fame Enshrinement.

As for a Command Center communications vehicle for use in emergency situations, the sheriff’s office already has one of those, though it’s a lot smaller