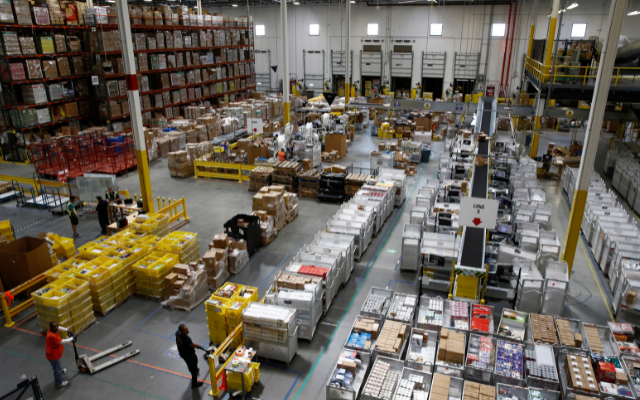 FILE- In this Aug. 3, 2017, file photo, workers prepare to move products at an Amazon fulfillment center in Baltimore. Amazon is paying workers to defend the company on Twitter, reassuring critics that they make enough money to live and are allowed to take bathroom breaks. The tweets are part of Amazon’s plan to combat negative headlines and online chatter about poor working conditions at its warehouses. (AP Photo/Patrick Semansky, File)

CANTON, Ohio (News Talk 1480 WHBC) – You might like to apply for one of those thousand Amazon Canton jobs now.

But you can’t until early next year, according to the company.

The average starting wage is $18 an hour, with comprehensive health benefits, paid time off, and even reimbursement for college or certification education.

That’s even if that education leads to another career field.

CEO Ray Hexamer of the Stark Economic Development Board says that’s something that can lift up an entire community.