Anderson Varejao Back With Cavs 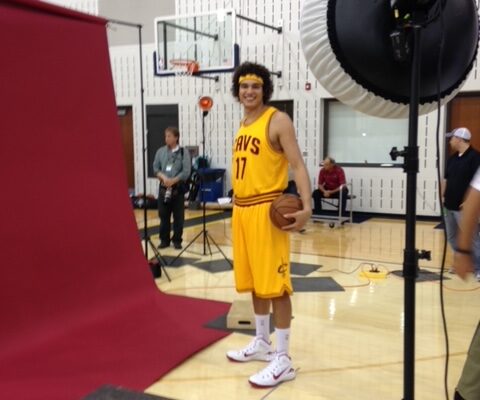 VETERAN CENTER RETURNS TO CLEVELAND, WHERE HE SPENT HIS FIRST 12 NBA SEASONS

CLEVELAND – The Cleveland Cavaliers have signed center Anderson Varejão to a 10-day contract, Cavaliers General Manager Koby Altman announced today from Cleveland Clinic Courts. The team was granted a hardship exception by the NBA in order to acquire Varejão.

“Andy embodies all that the city of Cleveland stands for and beyond, and we couldn’t be more excited to bring his experience, leadership and character back into this locker room,” said Altman. “His infectious work ethic and commitment to our community have earned him his rightful place in the fabric of this organization and all of Northeast Ohio, and have established a genuine admiration that resonates strongly throughout our passionate fan base. There are not many athletes who can impact the game of basketball the way Andy has over his career, and I feel that our players will benefit greatly from their daily interaction with him. We are thrilled to welcome Andy and family back to the Cavaliers.”

“For more than a decade, I was blessed to wear the Wine and Gold and play for the organization’s incredible fans, who inspired me to give everything I had during each and every play on a nightly basis,” said Varejão. “I am so excited to return to Cleveland and be back in a Cavaliers jersey, continuing to build memories and representing the city and franchise that I love so much. I am so very grateful to Dan Gilbert and Koby Altman for this opportunity and am extremely thankful for the love and support from my wife, Stacy, and daughter, Serenee. I can’t wait to join my teammates and be reunited with the fans, both on and off the court.”

After a stellar career playing for F.C. Barcelona, which includes earning Brazilian League MVP honors in 2001-02, Varejão was drafted by the Orlando Magic with the 30th overall pick in the 2004 NBA Draft before being acquired by the Cavaliers in a trade on July 23, 2004. He last played in the NBA for the Golden State Warriors, appearing in 36 games during parts of the 2015-16 and 2016-17 seasons, as well as 17 postseason contests during the Warriors’ NBA Finals run in 2016. Following his stint with Golden State, Varejão played for Flamengo in the NBB (New Basketball Bazil) league in 2017-18 and 2018-19 and led the team to the 2019 NBB title.