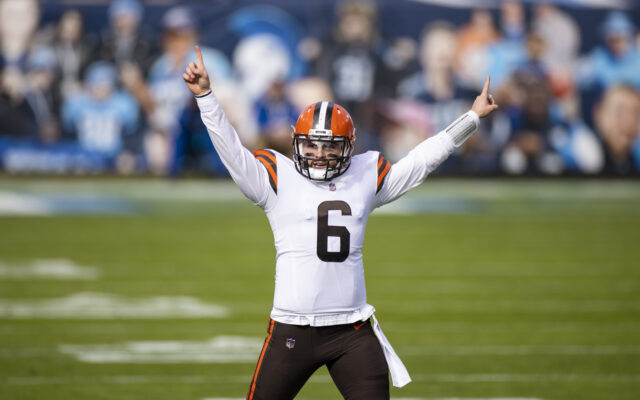 The Browns ended their preseason at (3-0) after a 19-10 win over the Falcons in Atlanta Sunday night.

Baker Mayfield started and played two series and led the Browns on a touchdown drive when he hooked up with wide receiver KhaDarel Hodge in the first quarter for a 7-0 lead.

Mayfield finished the evening 6-10-113 yards with the 1 touchdown and 0 interceptions.

The Browns other touchdown came on a 10 yard pass from third string quarterback Kyle Lauletta to wide receiver Davion Davis.

Next up for the Browns, they must cut their roster to 53 players by 4PM Tuesday, August 31st.

After the cutdowns, it’s on to Kansas City for the regular season opener at Arrowhead Stadium on Sunday, September 12th against the Chiefs.

Hear that game and all the Browns games this season on News-Talk 1480 WHBC.