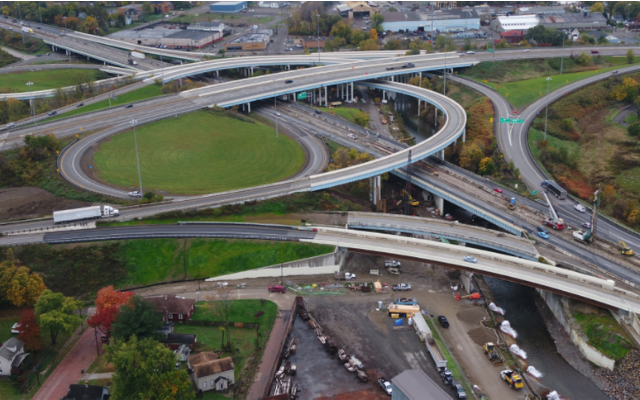 AKRON, Ohio (News Talk 1480 WHBC) – Nearly $300 million in ODOT roadwork in Summit County this summer, and the big one is the Akron Beltway project.

The two sharp-curved left-turn ramps at the Central Interchange are being replaced.

They will swing out wider, taking away the sharpness of the curve, allowing for higher speed limits.

Three other ramps are closed at the interchange, with improvements underway on mainline I-76 and I-77.

Commuters to and through Akron have developed a good sense of what ramps are open and which ones are closed.