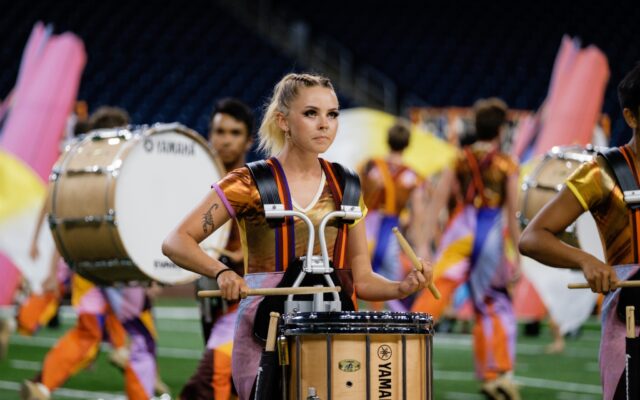 Another great weekend for the Canton Bluecoats.

Saturday night the Canton Bluecoats Drum and Bugle Corps pushed  their winning streak to four consecutive shows, and the fifth of six on the season, claiming top honors at the “Whitewater Classic” at Perkins Stadium on the campus of the University of Wisconsin – Whitwater.  The corps was supposed to have competed the previous night at the “Show of Shows” in Rockford, Illinois, but due to rain the final three corps could only give standstill exhibitions.

Bluecoats director Mike Scott was thrilled with the corps’ performance.  “We were coming off several days of rehearsals in Indianapolis and the members had learned a good bit of new drill and visuals as well as some new additions to the music book.  They did a great job and the judges and the crowd really liked the new material.”

The corps will next perform Tuesday night (7/19) in Broken Arrow, Oklahoma.  The show will feature eight World Class corps including the current top five in the Drum Corps International rankings.  The Bluecoats will then move into Texas for shows in Denton, Houston, and San Antonio.

BE SURE TO TUNE IN TO CANTON’S MORNING NEWS WITH PAM COOK FOR THE LATEST RESULTS AS WELL.