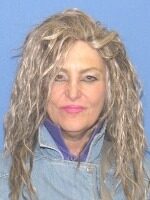 The search for a missing 64-year old Massillon woman who was suffering from Alzheimers has ended in tragedy.

Jackson Township police say while continuing the investigation in the disappearance of Jane McClelland,  around 7:30 Sunday morning they found

her body behind a large snowbank in the area of the Strip and Stark State College.

Officials say at this time it is not believed there is any foul play.  Ms. McClelland’s body was transported to the Stark County Coroner’s Office where an autopsy will be performed to determine the cause of death.

On Saturday the police department had issued a release regarding her disappearance.  They said on Friday afternoon Officers responded to a call at Hudec Dental for a missing adult female.

McClelland, a resident of Laurel’s of Massillon was dropped off at 1:00 pm for a dental appointment.  It was reported that she left Hudec Dental at approximately 4:30 pm and was dropped off at Giant Eagle on the Strip in Jackson Township.