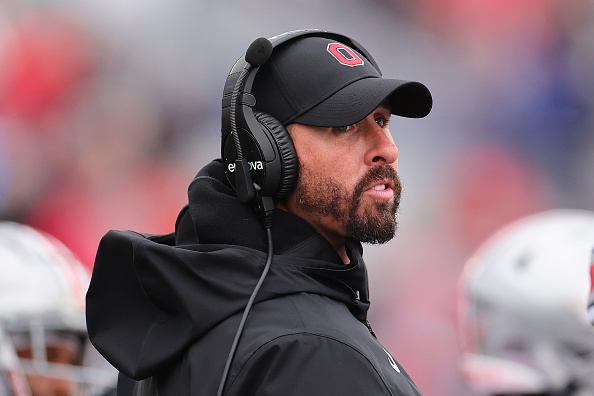 EVANSTON, ILLINOIS - NOVEMBER 05: Wide receiver coach Brian Hartline of the Ohio State Buckeyes looks on against the Northwestern Wildcats during the second half at Ryan Field on November 05, 2022 in Evanston, Illinois. (Photo by Michael Reaves/Getty Images)

Media outlets Eleven Warriors and the Columbus Dispatch are reporting that Ryan Day has promoted wide receivers coach and his top recruiter, Brian Hartline to offensive coordinator to replace the outgoing Kevin Wilson.

Wilson leaves to become the head coach at the University of Tulsa.

Hartline, a GlenOak grad and former Browns wide receiver, has climbed the coaching ladder quickly at O.S.U. starting out as a quality control coach in 2017 to now being named as the new offensive coordinator for 2023.