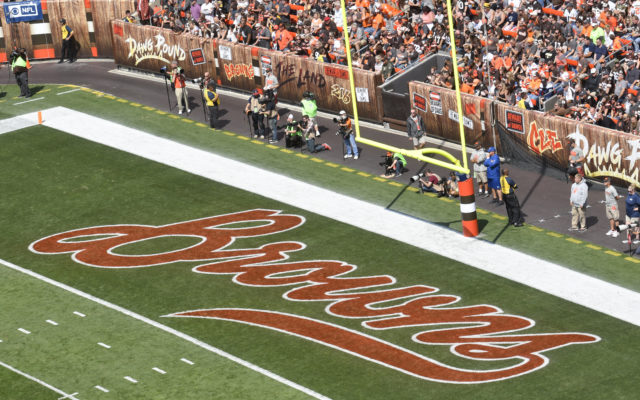 A general view of the painted Cleveland Browns end zone during an NFL football game against the Pittsburgh Steelers, Sunday, Sept. 10, 2017, in Cleveland. Pittsburgh won 21-18. (AP Photo/David Richard)
On day two of the NFL Draft the Cleveland Browns made only two selections after trading a fourth round pick to move up in the second round.

Here are their selections: