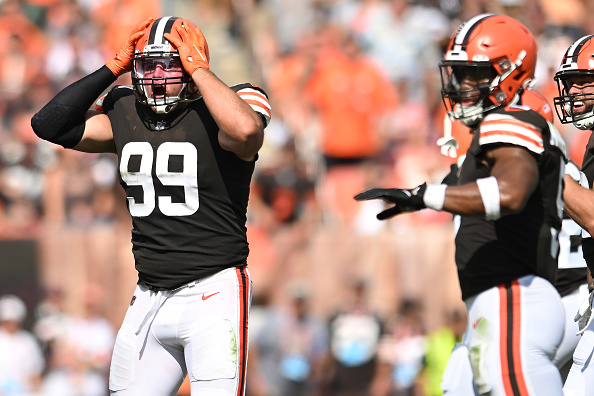 For the second straight week the Cleveland Browns allowed their opposition to score 17 points in the fourth quarter and this time it cost them a victory.

Last week after blowing a fourth quarter lead by giving up 17 points to Baker Mayfield and the Panthers, the offense bailed them out when rookie kicker Cade York made a game winning 58 yard field goal.

No such luck this week, as 37 year old Joe Flacco led a furious Jets fourth quarter comeback to pull out a 31-30 victory over the Browns.

The Jets, with no timeouts left, trailed 30-17 after Browns running back Nick Chubb scored his third touchdown of the game with 1:55 left in the contest.

A blown coverage by the Browns secondary led to a Corey Davis 66 yard touchdown pass from Flacco to make it 30-24. New York then attempted, and successfully completed the onside kick, recovering the ball at their own  47 yard line with 1:20 left.

9 plays and 53 yards later the Jets took the lead on a touchdown catch from former Ohio State wide out and 1st round pick, Garrett Wilson with :22 on the clock.

Jacoby Brissett, trying to set up Cade York for a long field goal try, threw an interception in New York territory and the Jets ran out the clock to end the game.

Flacco ended up throwing for 307 yards and 4 touchdowns.

Brissett was 22 of 27 for 229 yards with a touchdown pass to Amari Cooper and that 1 pick.

Next up for the (1-1) Browns, a home game in “Prime Time” on Thursday night against the (1-1) Pittsburgh Steelers.