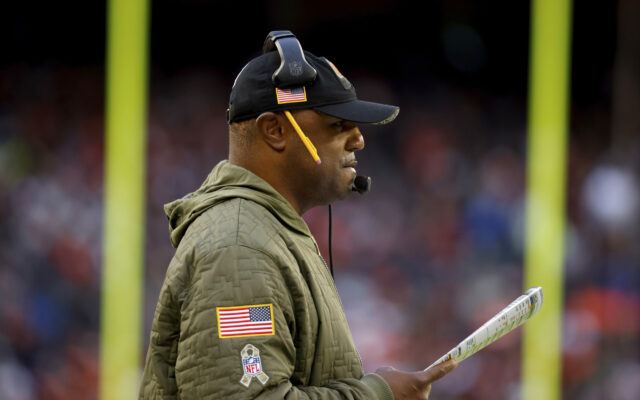 The Browns arrived home from Pittsburgh losers in the game and on the season. After a 28-14 loss to the Steelers, Cleveland finished the season 7-10. It was clear both at the end of the game and throughout the season changes were coming upon season’s end. The Browns made that first change this morning,  relieving Defensive Coordinator Joe Woods of his duties per NFL Network’s Tom Pelissero.

Woods name was mentioned consistently throughout the season as a main reason for a struggling defense. The Browns gave up 22.4 points a game, tied for 21st in the NFL. They were 11th in yards given up, an average of 331.1 a game going into the season finale. The Browns were allowing 134.4 yards a game rushing (25th in the NFL) and were 7th in passing defense at 196.7 a game.

Woods spent three years with the Browns arriving with Kevin Stefanski in 2020. The Brown’s search for a defensive coordinator begins with names like Mike Zimmer, Brian Flores, and Ejiro Evero being listed as possible candidates.
More about:
browns
Joe Woods
Woods