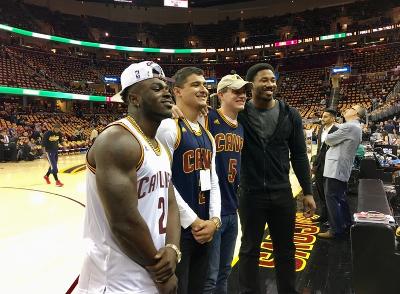 ESPN.com’s Jake Trotter wrote today that the Browns have basically stepped in and told star defensive end Myles Garrett that they don’t want him playing basketball any more out of fear he could get injured.

Head coach Kevin Stefanski was quoted in the story saying: “He retired,” the Cleveland Browns coach said, when asked if he was OK with his star pass rusher playing so much pick-up basketball this offseason. “So, congratulations on a great career for Myles. Really proud of him. But he’s done.”

Here’s a video that WHBC’s Kenny Roda shot shortly after Garrett was drafted in 2017 of the #1 overall pick that year shooting hoops with then teammate Jabrill Peppers before a Cavs playoff game.

I was wondering when the ⁦@Browns⁩ would step in & say something about Myles Garrett & his love for basketball? Here’s a video I took of ⁦@MylesLGarrett⁩ & ⁦@JabrillPeppers⁩ shooting hoops before a Cavs game on May 21, 2017. #Browns #MylesGarrett pic.twitter.com/DatZrZy5Tb

Garrett asked “The Roadman” at that Cavaliers game to take this photo of him and former Steelers safety, and Pro football Hall of Famer Troy Polamalu. 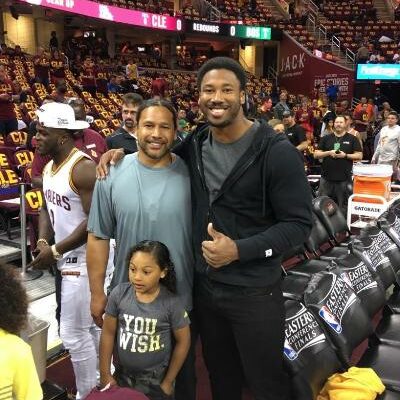