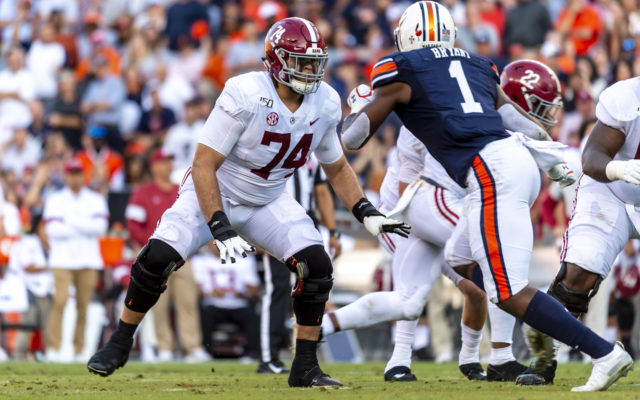 CANTON (News Talk 1480 WHBC) – The Cleveland Browns wasted no time naming the newest member to the franchise. Just moments after the team was announced to be on the clock, the Browns submitted their pick and selected Jedrick Wills Jr. 10th overall in the 2020 NFL draft.

Standing at 6-4 and weighing in at 312 pounds, Wills will provide much needed size and physically up front for Cleveland. Some draft experts had Wills ranked as the top offensive line prospect available in the draft.

He was the second offesnive lineman selected, behind only Andrew Thomas (Georgia) who was taken at fourth overall by the New York Giants.