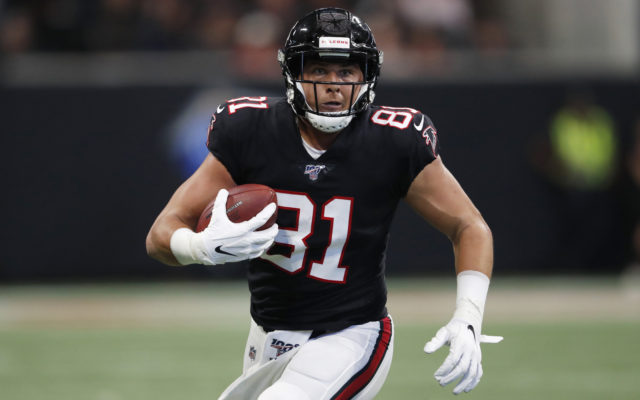 FILE - In this Sept. 29, 2019, file photo, Atlanta Falcons tight end Austin Hooper (81) runs against the Tennessee Titans during the first half of an NFL football game in Atlanta. The Browns are working toward a deal with two-time Pro Bowl free agent tight end Austin Hooper, a person familiar with the negotiations told The Associated Press. Hooper was one of the main free agency targets for Cleveland, said the person who spoke on condition of anonymity because teams can’t officially announce deals until Wednesday, Marcg 18, 2020.(AP Photo/John Bazemore, File)

#Falcons free agent TE Austin Hooper, the top player at his position, is headed to the #Browns, per @TomPelissero, @MikeSilver and me. They’ve agreed to terms, he’s the new highest-paid TE.

The terms of the deal have not been released but it has been said that once signed, Hooper will become the highest paid player at his position in the league.

In his four seasons with the Falcons, Hooper has been selected to two Pro Bowls (2018 & 2019). Hooper is coming off of his best professional season where he had career bests in receptions (75), yards (787) and touchdowns (6).

The addition of Hooper to the Browns offense will give quarterback Baker Mayfield yet another weapon to work with. Hooper and the Browns can not officially agree to a deal until later in the week.