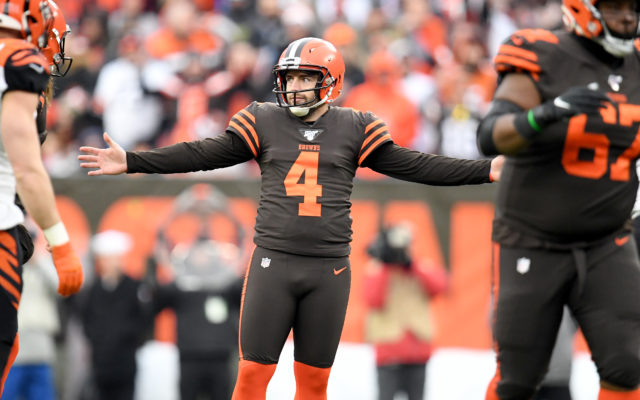 CLEVELAND, OHIO - DECEMBER 08: Kicker Austin Seibert #4 of the Cleveland Browns celebrates after hitting a 53 yard field goal during the second half against the Cincinnati Bengals at FirstEnergy Stadium on December 08, 2019 in Cleveland, Ohio. The Browns defeated the Bengals 27-19. (Photo by Jason Miller/Getty Images)

Njoku recorded three receptions for 50 yards and a touchdown at Baltimore before leaving with a knee injury.

* New this season, a player going on injured reserve is allowed to return after missing only three games, and teams may return an unlimited number of players from injured reserve throughout the year