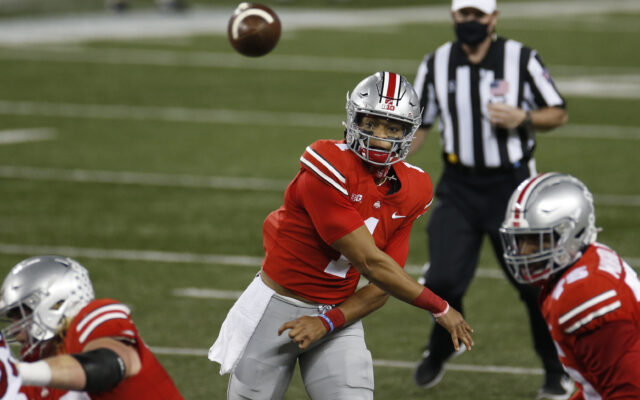 Number #3 ranked Ohio State improved to (3-0) on the season as quarterback Justin Fields led the Buckeyes to a 49-27 win over Rutgers.

Fields completed 24 of 28 passes for 314 yards and 5 touchdowns. and also rushed for 1 td. For the third straight game he did not throw and interception or fumble.

For the second straight week wide receiver Chris Olave caught 2 touchdown passes, while fellow wide out Garrett Wilson reached the end zone once, catching 6 passes from Fields for 104 yards. For Wilson, he now has gone over the century mark in all 3 games this season.

Master Teague rushed for 60 yards and 1 score on the night.

Next up for the Buckeyes, a road game at Maryland next Saturday. Kick off on 1480 WHBC is set for 3:30pm.