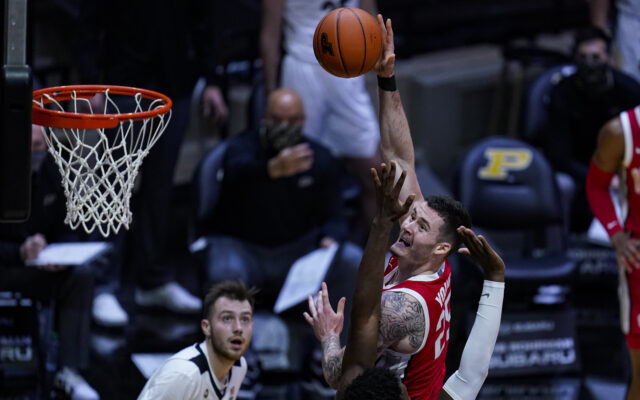 Orthopedic surgeon Bill Mallon took to twitter to explain Tiger Woods situation. He says it takes six weeks for the fractures to heal, but around three months to “safely bear full weight”  – and multiple fractures means multiple potential issues. So, it’s possible that he’ll play again, but it’s impossible to gauge what kind of player he’ll be.

A North Carolina man had recently purchased some take out Chinese food. He also got a Fortune cookie with his order. He used the lucky numbers found inside the fortune cookie on a lottery ticket. Those numbers won him $500,000 in Powerball.

Bruce Springsteen’s DWI Charges have been dropped. Yesterday, Federal prosecutors dismissed the DWI and reckless driving charges, stemming from a November incident  noting that Springsteen’s blood alcohol content was a measly 0.02 — far below the state’s legal limit while driving of 0.08.

Paul McCartney has written an autobiography it’s called “lyrics” it comes out November 2.

The Washington Football Team won’t have an official name until 2022. A website launched by the team is going to help fans chronicle the historic name change. It also includes a link where fans can submit their ideas on what their new name should be. Safe to say that if the Washington Football Team takes 3 years to change it’s name that the Cleveland Indians might not have a new name until 2023.

The 64-million people who enjoyed “Tiger King” the first time around reportedly won’t have to wait much longer for a second round it. According to “a couple of the original cast members,” the show could be making its return as early as next month and no later than April.

HBO’s Hard Knocks enters its 16th season. Five possibilities could include the Dallas Cowboys, New York Giants, Carolina Panthers, Arizona Cardinals, or Denver Broncos. However, The Jacksonville Jaguars are the only team that’s publicly stated  a desire to be the focus of a Hard Knocks season but they’ve never been selected because they bring so little buzz. That is of course until now, ushering in the Urban Meyer era as well as what most people think will be rookie quarterback Trevor Lawrence. Look for “Hard Knocks” on HBO this August.

Sacha Baron Cohen says making the latest Borat film, that it got “too dangerous” for him to consider making another one. While it’s fun to watch for audiences at home, both Baron Cohen and the crew ran into plenty of trouble making the movie… so much so, that he wore a bulletproof vest for one of the scenes. The actor revealed that he’s sticking to “scripted stuff” from now on.

#4 Ohio State Men’s basketball team takes on Sparty tonight in East Lansing Michigan. Tip off is at 9pm. The Buckeyes are a 4 point favorite.

1964 – Cassius Clay  became heavyweight-boxing champion in an upset victory over Sonny Liston. Clay changed his name to Muhammed Ali in March of that year.

1989 – Jerry Jones, the owner of the Dallas Cowboys, fired head coach Tom Landry after a 29-year career. Jimmy Johnson took over in 1989. “How bout them Cowboys!”