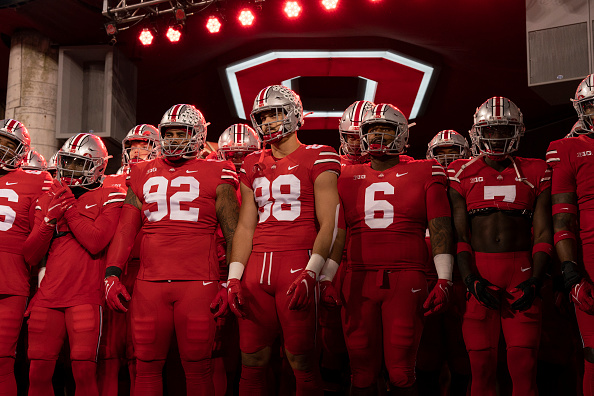 When Michigan destroyed Iowa in the Big Ten Championship game on Saturday 42-3, that sealed Ohio State’s fate of not having a shot at the College Football Playoff this season after O.S.U. fell to Michigan in Ann Arbor a week earlier 42-27.

So as a consolation prize, as the second best team in the Big Ten in 2021 and the highest ranked team left from the Big Ten, the Buckeyes are headed to the Rose Bowl on January 1st to play the Pac 12 Champions, the Utah Utes who beat Oregon in their conference title game.

#1 Alabama will now play #4 Cincinnati in once semi-final game in the Cotton Bowl, while #2 Michigan will battle #3 Georgia in the Orange Bowl.

The two winners will meet for the College Football National Championship on Monday, January 10th, 2022 at Lucas Oil Stadium in Indianapolis, Indiana.