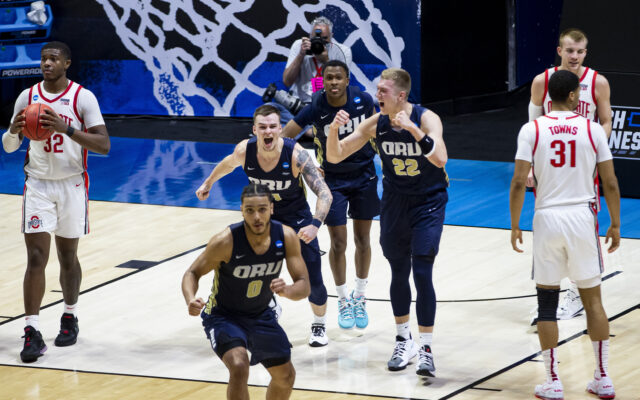 Ohio State, the number 2 seed and a 17 point favorite heading into their first round NCAA tournament game against 15th seeded Oral Roberts, lost in overtime 75-72 to the Golden Eagles.

The Buckeyes blew a 64-60 lead late in the second half and Duane Washington Jr. also missed a step back long two-point shot at the buzzer to win it in regulation.

Ohio State was only 9 of 18 from the free throw line and 5 of 23 from three point range. The Buckeyes also turned it over 15 times in the loss.