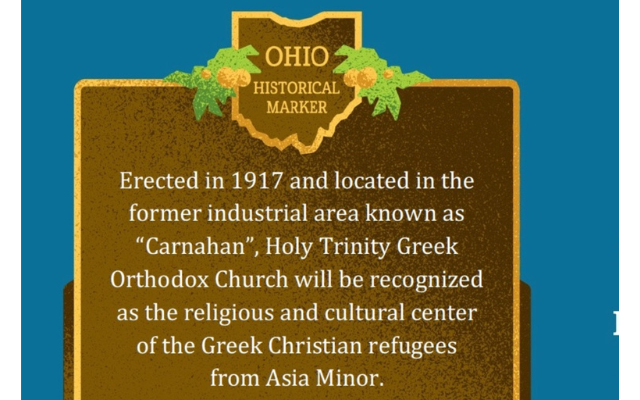 Note: not the actual marker.

CANTON, Ohio (News Talk 1480 WHBC) – A big day for the congregation of a Canton church on Saturday.

An Ohio Historical Marker was unveiled near the dead end of 10th Street NE at Ross Avenue, the former site of the Holy Trinity Greek Orthodox Church.

It’s the first such marker for a church in Canton, according to church historian Nick Spondyl.

He remembers simpler days when the Greek population in the then-Carnahan Avenue neighborhood all lived by one another.

The church moved up to 47th Street NW and Fairhaven Avenue in the 1970s.

And the original buildings were taken down after a fire decimated the property back in September of 2020.