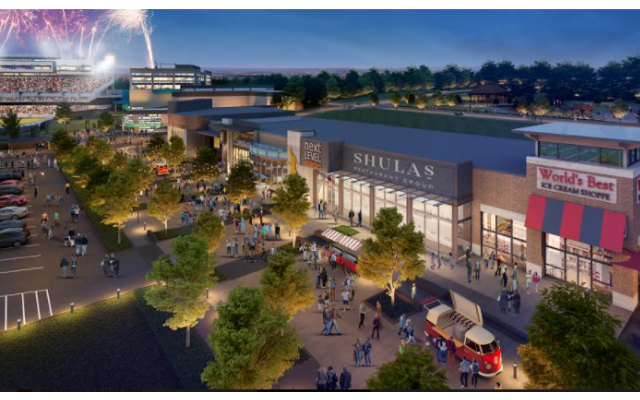 CANTON, Ohio (News Talk 1480 WHBC) – With Enshrinement Week coming next week, the city of Canton is providing a big assist to the Hall of Fame Village project.

It’s part of a request for $15 million to pay for ongoing Phase 2 projects at the village.

The Stark County Community Redevelopment Fund tossed in $5 million, and the county commissioners are expected to do the same next week.

In fact, the city loan is contingent on the county’s loan.

The village will pay the city back over the next seven years.

Newer Phase 2 facilities in use during Enshrinement Week will include the Center for Performance, Play Action Plaza and the zipline and concession facilities.