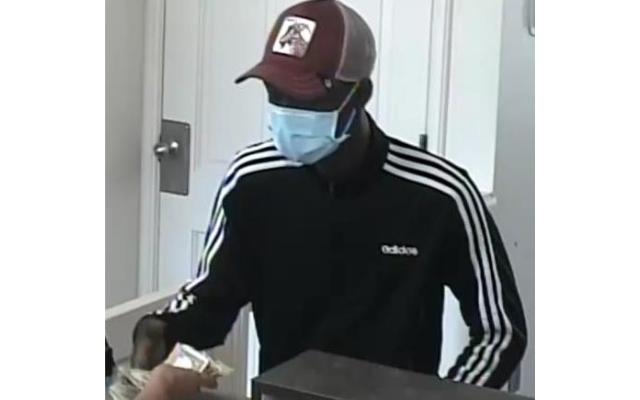 The FBI says the man who robbed the 30th Street NW branch of Chase Bank on Tuesday held up the Chase branch at Dressler Road and Munson Street NW on Thursday.

The suspect is described as a black, male with a dark complexion.

The suspect is thin and approximately 6’02’’ in height.

He was wearing a black Adidas track suit, red ball cap and a surgical mask.

Anyone with any information in regards to this incident is asked to contact the Canton Police Detective Bureau, at (330) 489-3144.

Anonymous tips can also be sent through Tip411 or Stark County Crimestoppers.