Cavs Beilein May Not Return As Coach 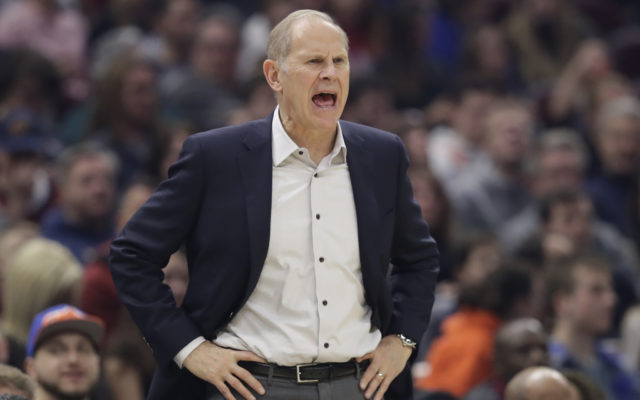 Cleveland Cavaliers head coach John Beilein yells instructions to players in the first half of an NBA basketball game against the Minnesota Timberwolves, Sunday, Jan. 5, 2020, in Cleveland. (AP Photo/Tony Dejak)

In stories posted by both ESPN.com and The Athletic, the Cavs and head coach John Beilein are reportedly discussing the possibility of Beilein not returning to coach the Cavaliers after the All-Star break.

In ESPN’s story, Beilein will reportedly make a decision in the next “24 to 48 hours” as he is scheduled to talk to Cleveland G.M. Koby Altman on Monday.

Associate head coach J.B. Bickerstaff is considered the front runner to take over if Beilein does not return.

Beilein, who just turned 67 on February 5th, signed a 5-year contract to coach the Cavaliers back in May of 2019.