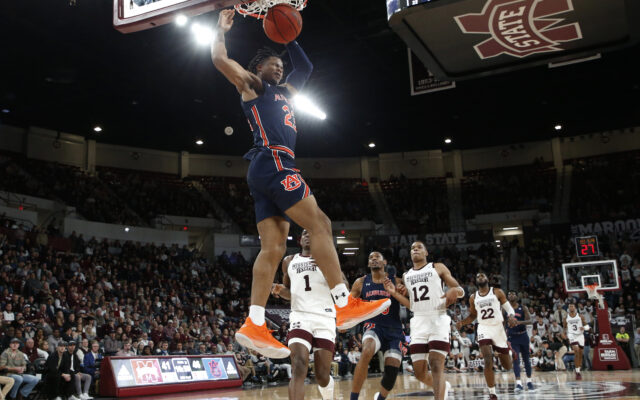 A one and done kid, the 6’6-225 pound Okoro is known first for his defense. Tigers head coach Bruce Pearl said he believes Okoro can guard any position 1 through 5.

His scouting report says he’s an athletic, physical wing player, with a decent handle, can pass, has a high basketball IQ, but must improve his outside shot and become a better scorer. Only connected on 29% from 3-point range in college and 67% from the free throw line.

Averaged 12.9 points per game and 4.4 rebounds per game in his only season at Auburn.

CLEVELAND – The Cleveland Cavaliers have selected guard/forward Isaac Okoro (oh-CORE-oh) from Auburn University with the fifth overall pick in the 2020 NBA Draft.

Okoro finished the 2019-20 season ranked 10th among all NCAA Division I freshmen in field goal percentage (.514) and was named to the Auburn Athletic Director’s Honor Roll after maintaining at least a 3.5 GPA in the fall. He became just the fourth Auburn player to ever earn SEC Freshman of the Week twice in a season (Nov. 18 and Dec. 9) and was the second Auburn freshman since 1990 to score in double figures in each of his first six NCAA games. Okoro won a gold medal with USA Basketball at the 2018 FIBA Under-17 Basketball World Cup. He attended McEachern High School in Powder Springs, Georgia, where he averaged 19.7 points, 10.6 rebounds, 3.2 assists and 2.7 steals as a senior in 2018-19 and led the team to a state championship.