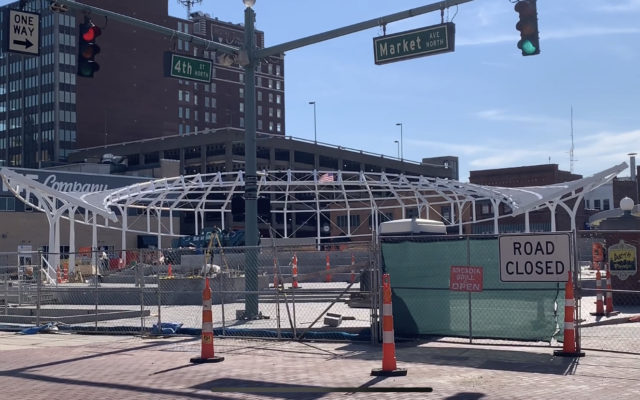 In May of 2020, construction continues on the Centennial Plaza project. (WHBC News)

That includes the portion of the event set to be televised live during the Browns/Bengals game that night.

The mayor in a written statement says they had hoped the pandemic would be winding down; instead there are even greater concerns about the virus.

The mayor says with public gatherings still limited to 10 people, it’s just not possible to do the events safely.

The facility is still set to be completed on September 1.

He’s looking at a virtual event instead.

100 years ago this September 17, the owners of what would become the NFL gathered in an automobile showroom on Cleveland Avenue SW to organize their new league.