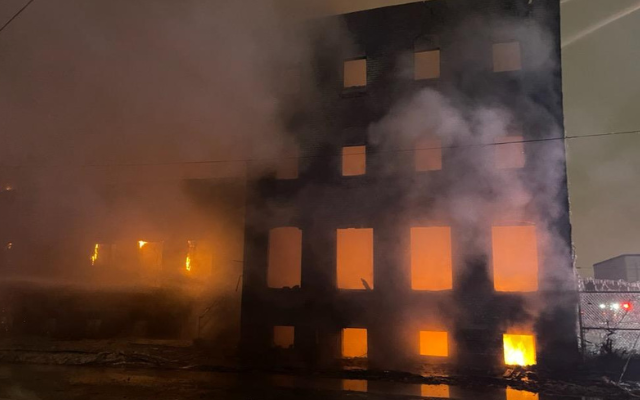 CANTON, Ohio (News Talk 1480 WHBC) – Another fire on the property of that massive warehouse fire in Canton back in October.

Adjoining four-story and one-story buildings on 6th Street NE near Orchard Avenue were heavily involved in flames when Canton firefighters arrived at 3 a.m. on Tuesday.

One wall of the taller building collapsed.

It will all be torn down during the day Tuesday.

Six AEP customers were without electricity for hours as part of the effort to cut power to the buildings.