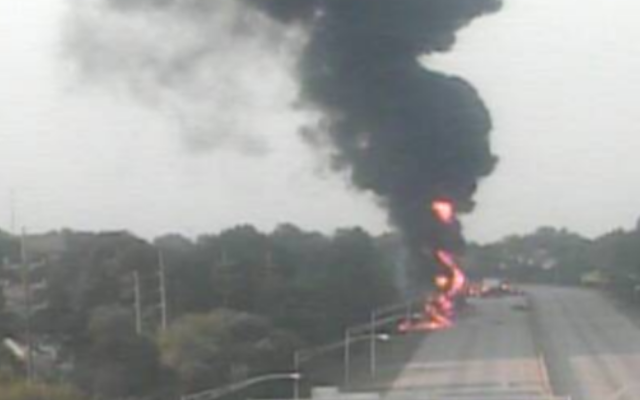 A large fire follows the crash of a vehicle and tanker truck on Route 8 in Akron on August 25, 2020. (ODOT camera image)

20-year-old Christopher Lonkart of Akron is charged with vehicular homicide in the crash that killed 18-year-old Jared Marcum of Plain Township.

Akron police say Marcum’s car was forced in front of the rear wheels of a gasoline tanker truck on Northbound Route 8.

The tanker dragged the car and then caught fire, making it impossible to pull Marcum from his car.

Investigators say Lonkart’s vehicle pushed Marcum’s car into the tanker as he avoided tire debris on the road.