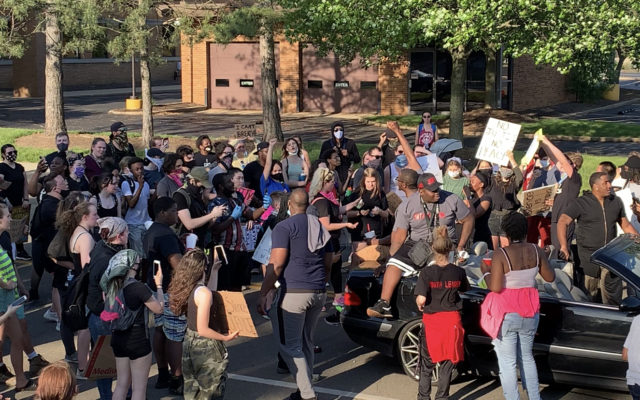 CANTON (News Talk 1480 WHBC) – For the fifth straight day there was a peaceful protest here in Canton, Ohio. Protesters led by the Unity Coalition of Canton, a local group that advocates for racial equality, took to the streets of downtown once again, marching, chanting and demonstrating for peace.

The group started small but once again ended with a crowd in the hundreds as people of all ages, races and backgrounds joined in on the journey, which began and ended at central plaza.

Below is our live coverage from the final stop of the protest. It includes a powerful moment about a white Canton father teaching his young children about racial equality, a demonstration in honor of George Floyd and numerous speeches from Unity Coalition members.