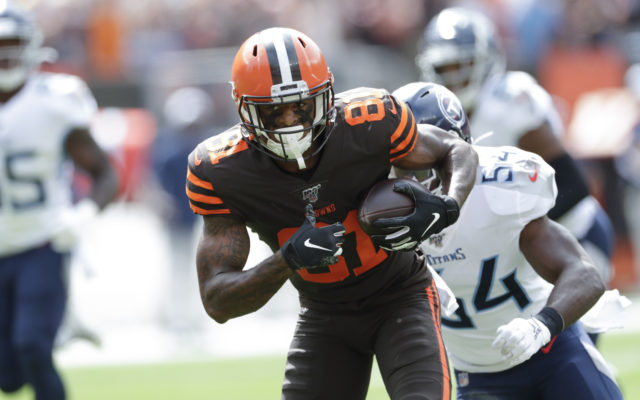 Various media outlets (BrownsZone.com and Cleveland.com) say the Browns have agreed to a 1-year contract worth $910,000 with free agent wide receiver Rashard Higgins.

Originally drafted by Cleveland in the 5th round of the NFL Draft in 2016, “Hollywood” as he’s known to his teammates, has 76 career catches for 1,016 yards and 7 touchdowns.

With 4 years of NFL experience in C’Town, Higgins should be the leading candidate to fill the Browns number #3 wide receiver role in new head coach Kevin Stefanski’s offense.