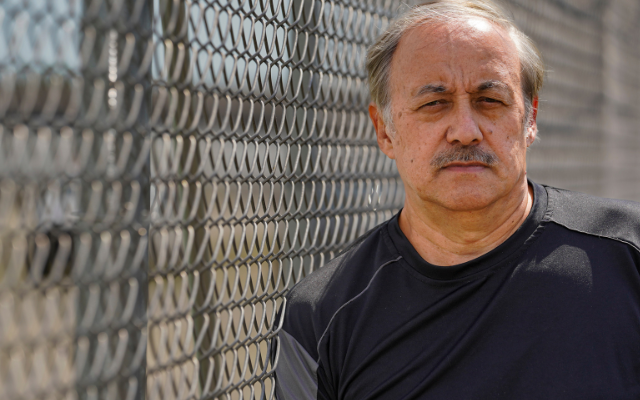 Dave Muffley poses outside one of the Delphi Corporation plants in Kokomo, Ind., Monday, July 11, 2022. As General Motors Corp. underwent the biggest industrial bankruptcy proceedings in history, and the federal government negotiated a company restructuring, Muffley's healthy retirement savings would be slashed by 70 percent, and his life's trajectory would take a dramatic spiral downward. (AP Photo/Michael Conroy)

WASHINGTON, DC (News Talk 1480 WHBC) – The decade-long-plus battle by some of the retirees of a company formerly based in Warren may be about to be won.

The union employees had received their benefits right away.

The company filed for bankruptcy protection in 2009.

The bill now goes to the Senate.

The act is named for Susan Muffley, a Delphi retiree from Indiana who died of cancer in 2012.

Her husband Dave is pictured with this article.

His loss of benefits extends back even further, to the time when Delphi was owned by GM.

Delphi was once Warren’s largest employer when it was known as Packard Electric.