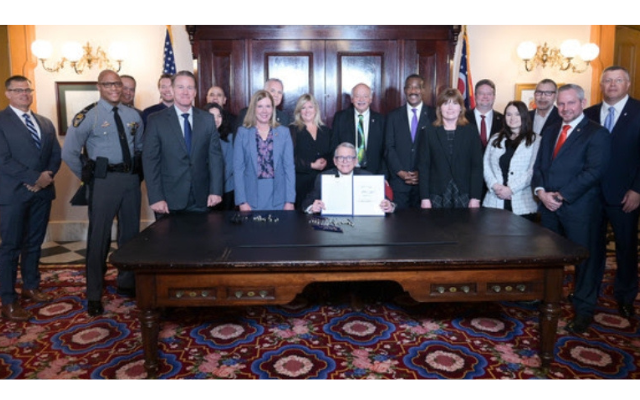 The bill that takes effect in three months makes texting while driving a primary offense.

Previously, a driver had to be committing another primary offense violation to be pulled over for texting.

Also, the bill generally requires that a phone be held up to the driver’s ear while in use in the car.

Other electronic devices are covered under the new law as well.

The new law does allow texting while stopped at traffic lights.

Since 2017, over 2100 Ohioans have been killed or seriously hurt in crashes where distracted driving was confirmed to be a factor.