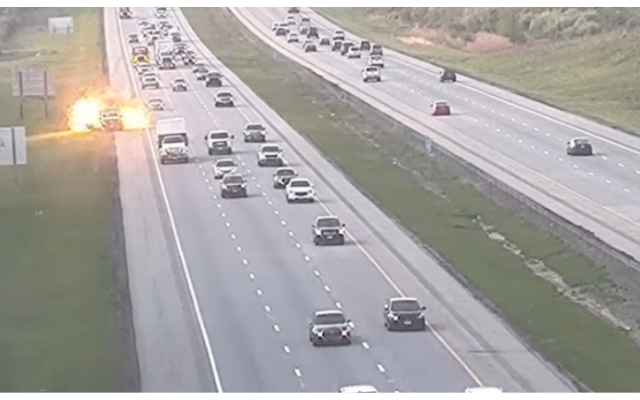 GREEN, Ohio (News Talk 1480 WHBC) – You’ll recall that fiery traffic accident on I-77 in Green back in May.

That’s the crash where a dump truck is seen on traffic cameras drifting off the road and striking a parked ODOT truck.

The driver of that dump truck from Muskingum County now faces several charges.

The Summit County Sheriff’s Office says 51-year-old Gregory Pree from the town of Nashport was under the influence of illegal drugs while behind the wheel.

He is charged with aggravated vehicular assault.

He and the ODOT driver had to be hospitalized for their injuries.

The vehicles were destroyed in the resulting fire.