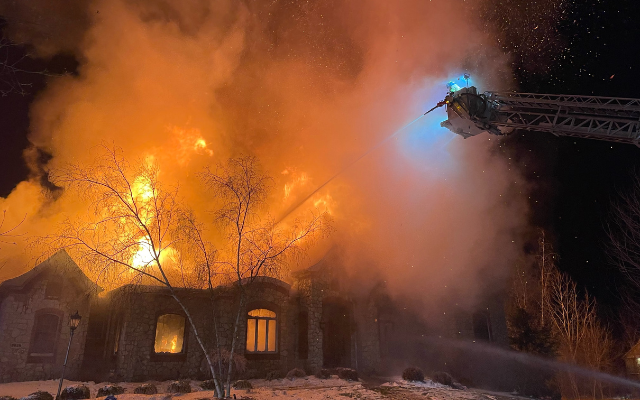 Images provided by the township fire department (above) show flames shooting through the roof across much of the structure.

It forced the fire department to fight the fire defensively, to keep other homes from being impacted.

The family and a pet escaped the flames.

That fire on Regency Drive in a neighborhood off Mudbrook Street NW.

The cause is being investigated.