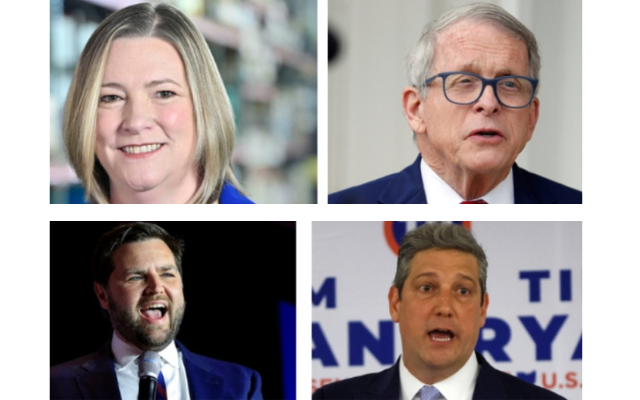 COLUMBUS, Ohio (News Talk 1480 WHBC) – The U.S. Senator who will replace the retiring Rob Portman and the governor’s race.

Those are the big ones across Ohio in Tuesday’s General Election.

Among the major candidates, political novice and Republican JD Vance is going up against longtime northeast Ohio Congressman Tim Ryan in a tight race for that Senate seat.

And former Dayton Mayor Nan Whaley is challenging Governor Mike DeWine as he tries to make it a second four-year term in the governor’s office.

There are also statewide races for attorney general, auditor, treasurer and secretary of state.

Plus, three races for the Supreme Court including chief justice.