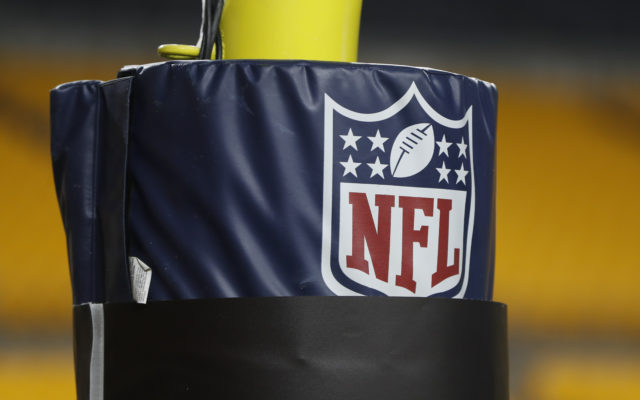 The NFL logo NFL is on the goal post at Heinz Field before an NFL football game between the Pittsburgh Steelers and the Buffalo Bills, Dec. 15, 2019, in Pittsburgh. (AP Photo/Keith Srakocic)

The 2021 preseason begins with the Steelers and Cowboys from Tom Benson Hall of Fame Stadium.

If you have tickets, don’t bring a lot of “stuff”.

The Pro Football Hall of Fame says there will be screening going on at the gates.

If you don’t have tickets and want to see the action on a large screen with a crowd, come on down to Centennial Plaza

The game kicks off at 8.