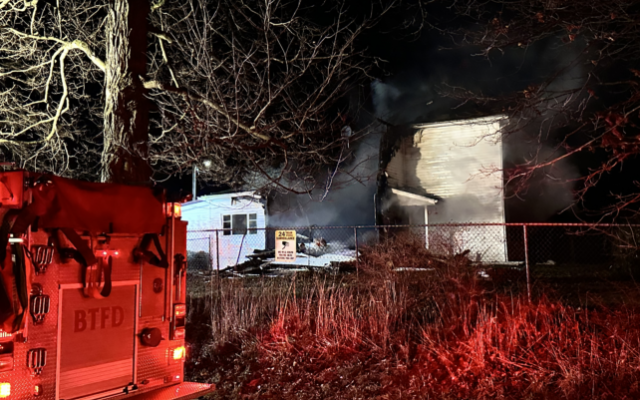 A late night for firefighters in the Malvern area. Great Trail Fire Chief Ralph Castelucci told Jordan Miller of Live and Local on WHBC that the fire happened around 11 p.m.
The house in the 7000 block of Lardon Road NW in Malvern was burning from the basement up to the roof. He says there was a fire there some months back and no one is living there. All of the utilities are turned off. The fire was called in by a passerby.
Castelucci says they do not have a cause just yet — no one was hurt — and he believes it;s a total loss.

***Jordan Miller was on the scene – photo credit to JMNews