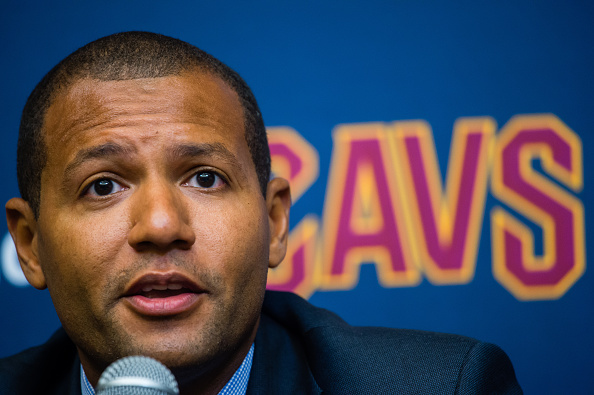 INDEPENDENCE, OH - Cleveland Cavaliers general manager Koby Altman at Cleveland Clinic Courts in Independence, Ohio. NOTE TO USER: User expressly acknowledges and agrees that, by downloading and or using this photograph, User is consenting to the terms and conditions of the Getty Images License Agreement. (Photo by Jason Miller/Getty Images)

CLEVELAND – The Cleveland Cavaliers and Koby Altman have reached an agreement on a new long-term contract extension, it was announced today from Cleveland Clinic Courts. Altman will also take on the title of President of Basketball Operations effective immediately.

“Today is a great day for the franchise and another step forward in realizing our vision that includes stability in leadership for the Cleveland Cavaliers,” said Cavaliers Chairman Dan Gilbert.  “In extending Koby Altman’s contract and elevating his title to President of Basketball Operations, I have the utmost confidence in his ability and the culture he has established since taking over the basketball leadership role with our organization. Koby consistently adapts to the ever-changing landscape of the NBA and he has assembled a team whose players compliment each other’s talents both on and off the floor, in addition to a front office and coaching staff of top-notch basketball minds. I feel our organization is primed for sustainable and long-term success and that is in no small part thanks to Koby’s efforts, determination and talent. I look forward to what’s ahead for Koby and the Cavaliers.”

Altman, who was hired as the 11th general manager in Cavaliers history on July 24, 2017, has helped transform the basketball operations department and Cavaliers roster with the signing of key free agents and acquiring draft assets and players via trade. Under Altman, the Cavaliers have made 22 total trades and 13 in-season trades, including three in-season moves that helped propel the team to their fourth straight Eastern Conference Championship in just his first season as GM. Since Altman and the Cavaliers’ 2018 NBA Finals run, he has accumulated 18 draft picks (three first round, 15 second round) and still owns all of the team’s remaining first round picks and 12 second round picks over the next seven seasons. Cleveland has also maintained roster flexibility, with 11 of their 15 current roster players at team options or non-fully guaranteed years at the end of their contract terms.

“It has been an honor and extreme privilege to represent this organization and I’m truly humbled by the confidence granted to me by our Chairman, Dan Gilbert,” said Altman. “His leadership has allowed us the freedom to incorporate our strategy and vision intended for the future of Cleveland Cavaliers basketball. This is a first-class organization with a passionate and loyal fanbase. I will forever be grateful for this continued opportunity. With Dan setting the example and providing us with amazing resources, we are building something truly special here in Northeast Ohio. We remain committed to our player development program and our players have shown incredible growth and improvement this season. Our evolving culture is driven by our players, coaches and staff, who all play a significant role in defining what it truly means to be a Cavalier and we are very excited for our future.”

With lottery picks Collin Sexton (No. 8 in 2018), Darius Garland (No. 5 in 2019), Isaac Okoro (No. 5 in 2020) and Evan Mobley (No. 3 in 2021), Altman has built a strong young core in the NBA Draft despite having only one pick inside the Top 5. Sexton and Okoro both were All-Rookie Team selections and Garland has become one of the league’s top guards and is currently one of only two NBA players averaging at least 19.0 points on .460 shooting or better and 7.0 assists, joining the reigning MVP Nikola Jokić. Mobley was the Eastern Conference Rookie of the Month in October and November and leads all NBA rookies in rebounds (8.1), blocks (1.76) and field goal percentage (.501).

Altman has created a roster that has helped the team increase their overall record in three straight NBA seasons, including already surpassing last season’s win total in 31 fewer games. At 23-18 (.561) in 2021-22, Cleveland’s win percentage has increased by .255 from last season (.306, 22-50), the second largest increase in the NBA behind only Chicago (+.279). A big reason for the team’s success was Altman naming J.B. Bickerstaff Head Coach in June of 2020 and then signing him to a multi-year contract extension last month. Bickerstaff has guided the team to the best defensive rating (105.0) and net rating (+4.7) in the Eastern Conference. In addition to their strong draft picks over the past four years, Altman made a move last season to acquire 23-year-old center Jarrett Allen, who is averaging career highs in points, rebounds, assists, steals and field goal percentage, and signed him to a five-year contract extension this past offseason.  Altman also traded for NBA veteran Ricky Rubio and 24-year-old Lauri Markkanen. The Cavaliers added another experienced guard and key bench contributor in NBA champion Rajon Rondo without using any draft capital. With Garland (19.4 PPG), Allen (16.9 PPG) and Mobley (14.8 PPG), the Cavaliers are one of just two NBA teams with a winning record whose top three scorers are age 23 and younger (Memphis).

Prior to being named GM, Altman had been a part of the Cavaliers’ basketball staff for five years, including being promoted to assistant general manager in September 2016. As a member of Cleveland’s front office, Altman has been an integral part of a team that reached four straight NBA Finals (2015-2018) and won an NBA Championship in 2016. He originally joined the Cavaliers as pro personnel manager in August 2012 and was promoted to director of pro player personnel in September 2013. 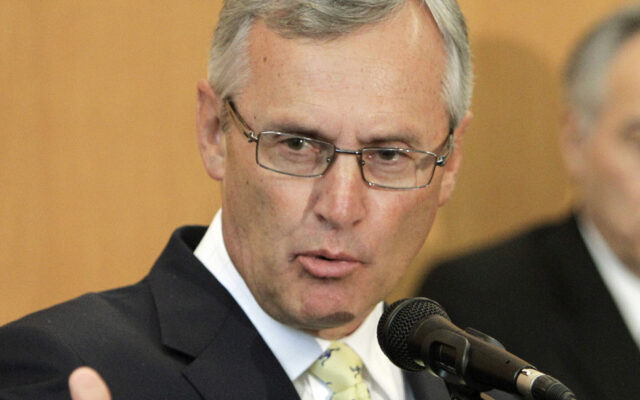 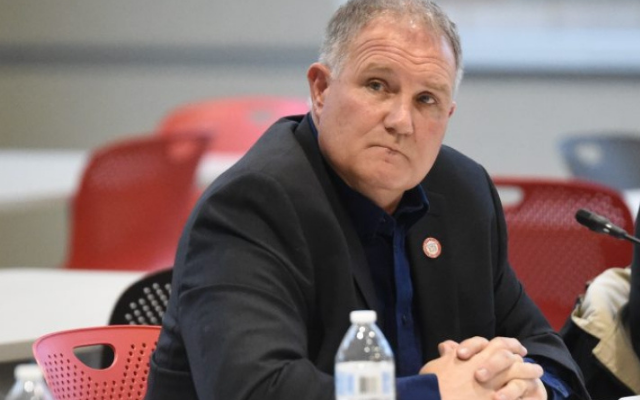