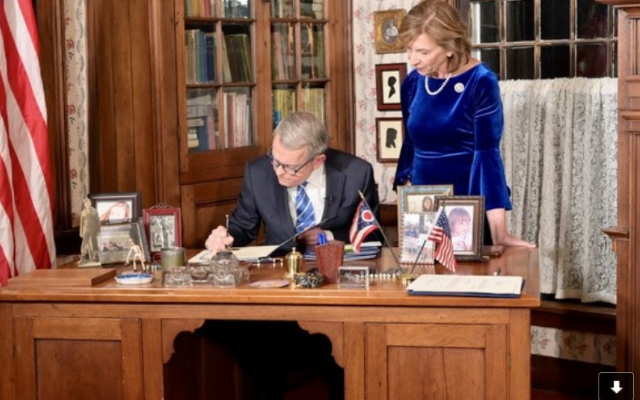 It also puts a few new restrictions on absentee ballot drop boxes at Board of Elections offices.

The governor in a statement says he worked with the legislature to expand the photo ID options and maintain voters’ access to absentee ballots.

He says he doesn’t want to see any other changes during his second term to a system that has been working well.

The state Democratic Party calls it a “dangerous” anti-voter law.

Voting rights advocates had asked him to veto the bill.

As of late Sunday night, Governor Mike DeWine is your governor again, with a more ceremonial swearing-in taking place at Noon on Monday.

He started his second-term by signing off on five executive orders.

Included is the addition of an Ohio Mental Health Insurance Office within the Department of Insurance.