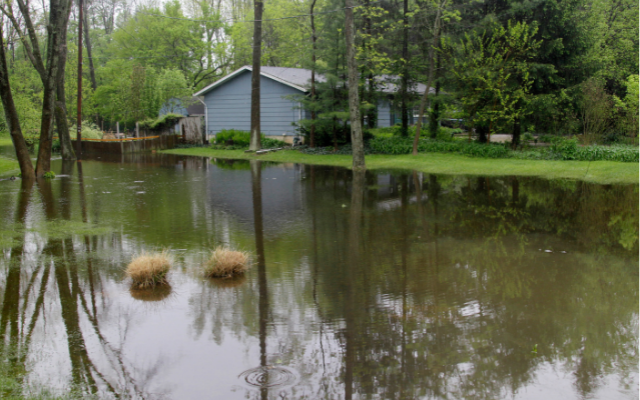 One to two inches of rain fell across Stark County, with one report right around two inches in the Alliance area.

One report out of the Wooster area had 3.3 inches of rain.

But some areas saw the temperature drop into the low and mid 30s and snow and sleet mix in.

There was a trace of snow at the airport, and a weather observer in Hiram in Portage County measured two inches of the white stuff yesterday.

Parts of central Stark County were under a flood warning for a time last evening, but we have NO reports of people trapped in cars and such.

The warning covered parts of the city of Canton and Louisville.

A Flood Warning for the Nimishillen Creek near the North Industry area of Canton Township expired Monday afternoon.

Early Monday morning, the creek was a foot and a half over flood stage.