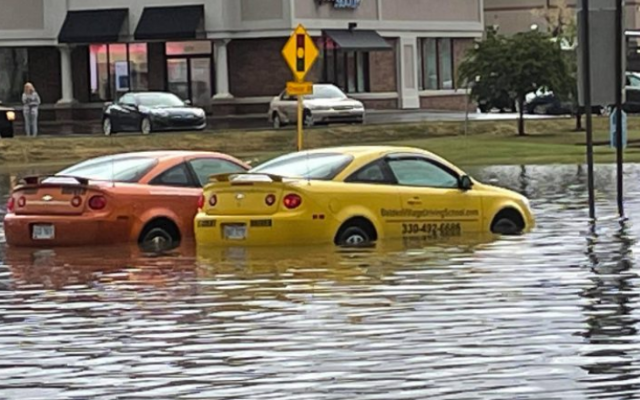 NORTH CANTON, Ohio (News Talk 1480 WHBC) – Heavy rain Wednesday afternoon led to street flooding in mainly North Canton and Jackson Township, with much of the county under a Flood Advisory until midnight.

One weather observer in North Canton measured over three inches of rain for the day.

One auto dealer in the city reported 6 to 12 inches of standing water in the lot.

The Zimber Ditch was out of its banks according to the National Weather Service.

Whipple Avenue NW was reported closed near the North Canton Skate Park near Everhard Road with high water and a stranded vehicle.

More heavy rain impacted some of the same areas between 5 and 6 a.m. on Thursday.