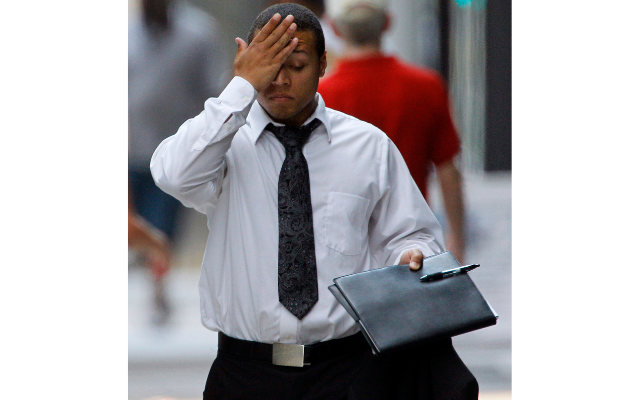 Carrying his jacket in his hand, a man with a suit wipes his brow as he walks along Market Street in the afternoon heat Friday, July 22, 2011, in Philadelphia. (AP Photo/Matt Rourke)

CANTON, Ohio (News Talk 1480 WHBC) – Temperatures are well-above normal this week, and there’s no relief in sight until next week.

The first real hot spell of the summer comes when the average high is supposed to be 82, and humidity like we normally see in July are here in late August.

AccuWeather Meteorologist Brian Thompson says there could be some heat-induced showers and thunderstorms popping up, especially later in the week.

Up until now, it hasn’t been a terribly hot summer.

We hit a summertime high of 93 on June 29, and you toss in three more days right around 90 in June and July.

Brian from AccuWeather says if you’re looking for highs in the 70s, maybe next month.