Householder Removed in Strong 75 to 21 Vote 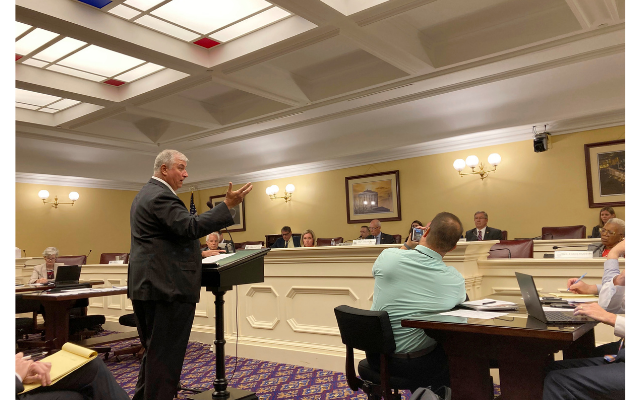 Ohio state Rep. Larry Householder testifies against resolution to expel him from his Ohio House seat on Tuesday, June 15, 2021, in Columbus, Ohio. The former Ohio House speaker entangled in an alleged federal bribery scheme testified in a hearing for a bipartisan effort to remove him from his seat. (AP Photo/Julie Carr Smyth)

COLUMBUS, Ohio (News Talk 1480 WHBC and ONN) – Larry Householder is no longer a member of the Ohio House of Representatives.

His colleagues voted Wednesday afternoon 75 to 21 to boot him out of the chamber.

The vote came a day after Householder pleaded to keep his job. maintaining his innocence.

The Ohio Democratic Party claims Republicans moved ahead on the removal only because Democrats were pushing it.

The former House Speaker faces federal charges in connection with a $61 million scheme to get the Nuclear Bailout Bill passed.

The last time someone was thrown out of the Ohio House was in 1857, when one member punched another.