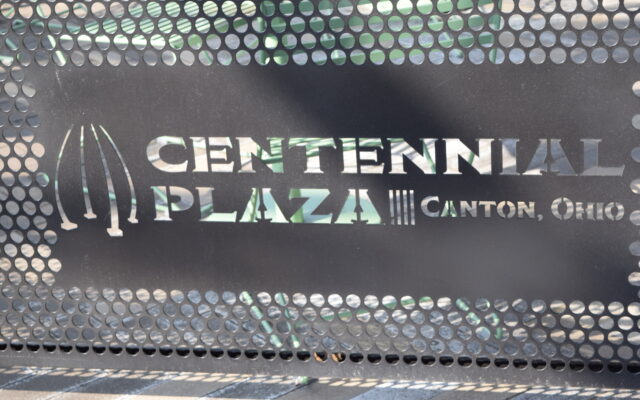 But northeast Ohio weather being tough to call sometimes, the city of Canton is moving forward with plans for a $125,000 roof over top of the “outdoor” stage at Centennial Plaza.

It’ll be a separate structure with steel supports and a white membrane covering, about ten feet off the ground.

The deaign is to mimic that of the rest of the plaza.

It’s a ballpark-$750,000 facility that will mimic the outside appearance of the Jerzee’s Cafe.

They hope to have that done by Enshrinement Week.