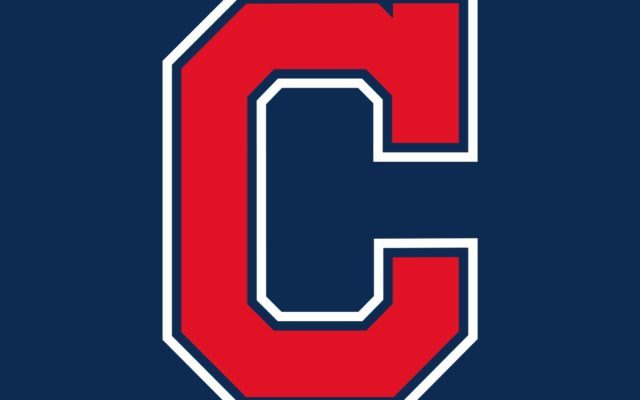 Competitive Balance Round A (#36 overall)

Made four starts in an abbreviated junior season for the Auburn Tigers, going 3-1 with a 2.42 ERA (22.1IP, 15H, 8R/6ER) and 32 strikeouts against just seven walks. Entering the 2020 campaign, the six-foot, 205-pound right-hander was named to the Golden Spikes Award preseason watch list and selected as a preseason All-SEC Team member, while also being named to Preseason All-American lists by Baseball America and Perfect Game. Across his three-year Tigers career, Burns has gone 14-9 with a 2.86 ERA (188.2IP, 153H, 84R-60ER) with 210 strikeouts against 67 walks. During his sophomore campaign, he joined RHP Casey Mize (2017-18) as just the second Auburn pitcher over the last 20 seasons to reach the century mark in strikeouts (101)….Named Alabama’s Mr. Baseball and 2017 Gatorade Player of the Year as the top player in the state.

Comments: Burns displayed first-round stuff when he was Gatorade’s Alabama state player of the year in 2017, but questions about his size and signability caused him to slide all the way to the Yankees in the 37th round. He immediately cracked Auburn’s weekend rotation as a freshman and struck out 15 in a game as a sophomore to tie the program record shared by Tim Hudson, Casey Mize and three others. Shoulder tightness caused him to miss a start last May and limited him during the Tigers’ run to their first College World Series appearance in 22 years. When he’s 100 percent, Burns can work at 92-97 mph with his fastball and locate it to both sides of the plate. His breaking ball can be a plus pitch at times, combining slider velocity in the low 80s with curveball depth, but it gets slurvy at others. He hasn’t had much need for his changeup, though it has some sink and shows some signs of becoming an average third pitch. Burns lacks size and while he’s strong and athletic, he comes with durability concerns because of his shoulder issues as a sophomore and a history of seeing his stuff dip later in the season. Though there’s no projection remaining in his 6-foot frame, his proponents see some similarities to another former Southeastern Conference star, Sonny Gray. Scouts wanted to see if he could stay healthy and maintain his stuff throughout his junior year, but the 2020 season lasted just four weeks.

Comments: Allen was a solid pitching prospect coming out of the Florida high school ranks, one who was taken in the 16th round by the Orioles in 2017 because of his chance to have a three-pitch mix and his feel to use his entire repertoire. He headed to Florida International as a two-way player and continued to hit and pitch for two-plus years, but his future as a pro is certainly on the mound. In many respects, Allen is the same pitchabilty lefty that he was in high school, just with more track record after two years at FIU and a strong performance on the Cape last summer. He goes right after hitters with three pitches. He sits right around 90 mph with his fastball, but can reach back for up to 93 mph when he needs to, and he commands it well, with good arm-side finish. His changeup is his bread and butter, a potentially future plus circle change he sells really well with good fade and sink that misses bats and elicits weak contact on the ground. His curveball is his third pitch, a breaking ball that can get a little big at times. He commands the ball very well and knows how to set up hitters. Because of his lack of physicality and lack of wow stuff, Allen’s ceiling is somewhat limited. But he’s shown the ability to keep hitters off-balance and could be the kind of advanced college lefty who moves through a system quickly, always a commodity when the Draft rolls around.

st of his first season at Mira Costa High School in Manhattan Beach, California. But after five games, the season was canceled due to the coronavirus pandemic.

Comments: Halpin wasn’t considered an elite-level player as the summer showcase circuit started last summer, as evidenced by him not getting an invite to either the Perfect Game All-American Classic or the Under Armour All-American Game. But a strong performance in the PDP League led to a spot at the MLB High School All-Star Game in Cleveland and he performed well later in the summer at the Area Code Games to put him more firmly on the map.

The outfielder often displays impressive tools across the board. He’s a plus runner, one who led the PDP League by going a perfect 6-for-6 in stolen base attempts, and that speed allows him to cover a lot of ground in the outfield. He also has a very strong arm, one that’s been up to 92 mph off the mound. He makes loud contact consistently from the left side of the plate and while he’s hit over power now, he’s shown the ability to drive the ball and was launching balls out at Angels Stadium this past fall during the Angels Elite showcase, the same event where 2019 first-rounder Keoni Cavaco showed up for the first time.

Halpin, who initially committed to UCLA but then decided to head out of state and play at Texas should the Draft not work out, might be underestimated by some scouts. Pete Crow-Armstrong is the more famous name among California prep outfielders, but don’t be surprised if Halpin isn’t all that far behind him.

Participated in the 2019 Perfect Game All-America Game…Committed to UCLA…Hit a grand slam in season-opening game vs. John Wayne North on Feb. 21.

Comments: In 1983, Jose Tolentino helped the University of Texas win the College World Series alongside stars like Roger Clemens and Calvin Schiraldi before embarking on a 15-year professional career that included one year in the big leagues. Now a broadcaster for the Angels, his son is making a name for himself as one of the better high school middle infielders in the Class of 2020. Tolentino has the chance to hit and be a big league regular shortstop. There’s no question about his defensive ability, with a plus arm and the feet and actions to stick at the premium position long term. How much he’ll hit will determine what kind of overall prospect he is. He’s a tough out with an opposite-field approach who sees a lot of pitches and makes a lot of contact with a Johnny Damon-like swing. He does roll over balls to the pull side at times and doesn’t barrel up the ball consistently enough with wood. He has added some strength to his lower half, giving some scouts hope that he’ll add some extra-base authority as he matures. The UCLA recruit does make the most of his abilities with a high baseball IQ, and the team that thinks he’ll impact the ball consistently will be the one to take him in the early rounds.

Comments: Hickman’s stuff hasn’t stood out on Vanderbilt’s loaded pitching staffs, but he has been a consistent winner who has gone 19-2 with a 3.13 ERA in three college seasons and earned the victory in the College World Series clincher last June. His best pitch is his solid curveball, and he also has an 88-91 mph fastball that misses bats because of his command and deception. He throws strikes and keeps hitters off balance by mixing in a slider and changeup, making him a high-floor guy who might become a back-of-the-rotation starter.