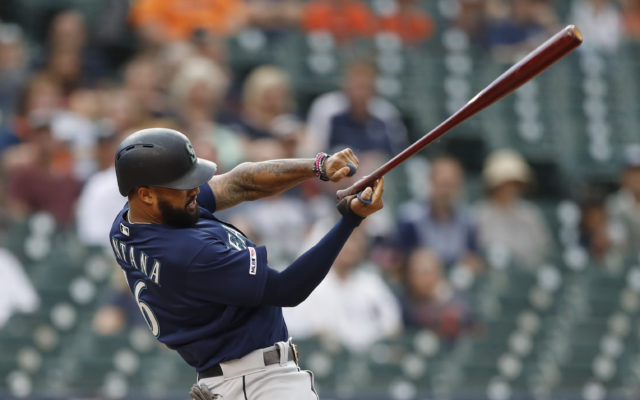 Seattle Mariners designated hitter Domingo Santana loses control of his bat as he strikes out during the first inning of a baseball game against the Detroit Tigers, Tuesday, Aug. 13, 2019, in Detroit. (AP Photo/Carlos Osorio)

The Cleveland Indians today announced the signing of free agent OF DOMINGO SANTANA to a Major League contract for the 2020 season with a club option for 2021.

The Santo Domingo, DR native owns a six-year Major League career batting average of .259 (417-for-1610) with 84 2B, 75 HR and 232 RBI across 492 games with the Mariners, Milwaukee Brewers and Houston Astros.  He was signed as an amateur free agent by Philadelphia in 2009, traded to Houston in August 2011 and spent three and a half seasons in Milwaukee before spending 2019 with the Mariners.   The right-handed hitting outfielder owns a career OPS of .826 against left-handed pitching.