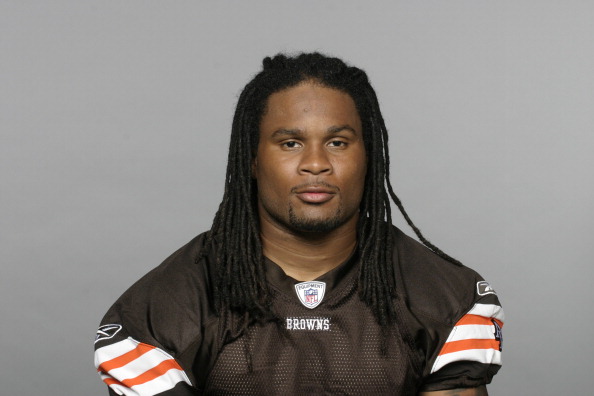 BEREA, OH - CIRCA 2011: In this handout image provided by the NFL, Joshua Cribbs of the Cleveland Browns poses for his NFL headshot circa 2011 in Berea, Ohio. (Photo by NFL via Getty Images)

Bill Nelsen and Webster Slaughter as Legends during Alumni Weekend

BEREA, Ohio – As the Browns continue their celebration of the team’s 75th anniversary, Cleveland will once again host its annual Alumni Weekend, highlighted by the induction of four new Browns Legends. D’Qwell Jackson and Bill Nelsen will be honored as members of the 2021 class, along with Josh Cribbs and Webster Slaughter from the 2020 class, during halftime of Sunday’s 1 p.m. game against the Chicago Bears at FirstEnergy Stadium.

Full press releases announcing the 2020 and 2021 Browns Legends are attached.

More than 80 treasured Browns Legends and alumni will be joined by Browns leadership and staff as they reunite in Northeast Ohio. To kick off the festivities, the group will gather at Westwood Country Club for a special alumni golf outing. Beginning at approximately 9 a.m., Haslam Sports Group Partner JW Johnson will open the event with a quick message to share the team’s appreciation and welcome alumni.

On Saturday, Browns Legends, alumni and team leadership will attend the Browns Legends Induction Dinner at FirstEnergy Stadium. Please note that the private event is closed to media.

* Browns Pro Football Hall of Famers were automatically inducted in 2001