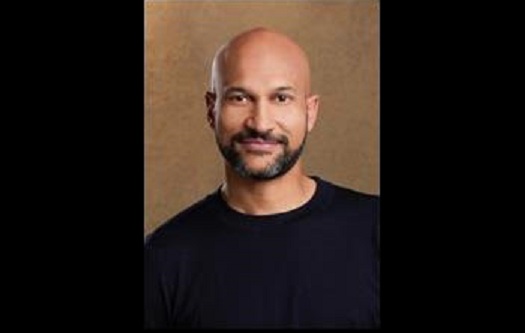 Emmy, Peabody and Webby Award-winning actor, writer and producer Keegan-Michael Key will take the stage during the Class of 2022 Enshrinement at noon Aug. 6 at Tom Benson Hall of Fame Stadium.

Key will engage the crowd during several points in the show.

“As the new Hall of Famers deliver their speeches at the Enshrinement, their emotion and energy build to the moment they say their final ‘thank you,’” said Jim Porter, President of the Pro Football Hall of Fame. “For the Class of 2022, the Hall looked for ways to sustain that excitement throughout the program, and Keegan-Michael Key immediately came to mind. His talent, his love of football, which was obvious to fans watching ‘NFL Honors’ this past February, and his immediate enthusiasm when approached about being part of Enshrinement Weekend combined to make this a special opportunity for those inside Tom Benson Hall of Fame Stadium on Aug. 6.”

“As a lifelong football fan, I am excited to be a part of honoring some of the greatest to ever play the game,” Key said. “Connecting with audiences, making people laugh and engaging with fans are at the root of what I love to do.”

Visit Canton and ArtsinStark are providing support to bring Key to Canton.

Tickets for their Enshrinement are available at www.profootballhof.com/tickets.

Known for his extraordinarily diverse skill set and wide-ranging talent in both comedy and drama, Key redefines what it means to be a multi-hyphenate in the worlds of film, television and theater. He came to worldwide attention as co-creator and co-star, alongside Jordan Peele, of Comedy Central’s groundbreaking sketch series “Key & Peele” which won the 2016 Emmy Award for “Outstanding Variety Sketch Series.” An alum of The Second City, Key recently hosted “Saturday Night Live.”

Key is filming the second season of the award-winning musical-comedy “Schmigadoon” for Apple TV+. He recently wrapped production on the Steve Levitan/ Hulu series Reboot. Audiences can see Key in the Netflix comedy series “The Pentaverate” and in Season 1 of “Schmigadoon!” on Apple TV+. He also stars in Judd Apatow’s “The Bubble” and can be heard in Disney+’s “Chip ‘n Dale: Rescue Rangers” and Amazon Prime’s “Hotel Transylvania 4: Transformania.” In addition, he narrated “The History of Sketch Comedy” for Audible, which he co-wrote alongside series director Elle Key.

Upcoming projects include the animated “Wendell & Wild” for Netflix, “Pinocchio” for Disney and the highly anticipated “Wonka” for Warner Brothers.

Additional credits include Netflix’s “Dolemite Is My Name,” Paramount’s “Playing with Fire” and Disney’s “Toy Story 4” and “The Lion King.” Additionally, he hosted and executive produced both CBS’ “Game On!” and National Geographic’s “Brain Games.”