Kobe Bryant One Of Nine New Members In HOF 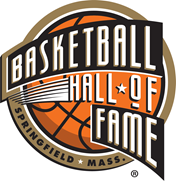 As previously announced, in light of the unique circumstance surrounding the Class of 2020, the Naismith Memorial Basketball Hall of Fame Election Process Committee suspended the Direct Election Categories for one year with the exception of the International Committee. This year’s distinguished class includes honorees from the North American committee, Women’s Committee and International Committee. To be elected, North American and Women’s Committee finalists must receive 18 of 24 votes from the Honors Committee for election into the Naismith Memorial Basketball Hall of Fame.

The Class of 2020 Enshrinement festivities will begin at Mohegan Sun on Friday, August 28th with the newly formatted Enshrinement Tip-Off Celebration and Awards Gala. The Class of 2020 and over 50 returning Hall of Famers will then journey to Springfield, Mass. for the annual celebratory events taking place at the newly renovated Naismith Memorial Basketball Hall of Fame and Springfield Symphony Hall on the 29th. The second day of events in Springfield will include a special community-focused Celebration Day on the 30th.

Ticket packages to the 2020 Enshrinement Ceremony and all Enshrinement events are on sale now and available online at www.hoophall.com or by calling the Basketball Hall of Fame at (413) 231-5513. Premium Sponsors of Enshrinement 2020 include Fifty-Five South Ventures, Nike, Baron Championship Rings, Mohegan Sun and Panini.

KEVIN GARNETT [Player] – Garnett is a 15-time NBA All-Star (1997-1998, 2000-11, 2013) and 2008 NBA Champion with the Boston Celtics widely regarded for his passion and intensity on the court. A nine-time NBA All- Defensive First Team selection (2000-05, 2008-09, 2011), he led the league in rebounds for four consecutive seasons (2004-2007) and was named Defensive Player of the Year in 2008. While playing for the Minnesota Timberwolves in 2004, Garnett led the league in total points, field goals made and total rebounds while earning NBA MVP. He is ranked ninth in NBA’s all-time leaders for rebounds. With USA Basketball, Garnett earned an Olympic gold medal in 2000. Garnett played 21 NBA seasons and is currently ranked fourth in all-time minutes played (50,418).

RUDY TOMJANOVICH [Coach] – Tomjanovich spent 34 consecutive seasons with the Houston Rockets organization as a player (1970-1982), assistant coach (1983-1992) and head coach (1992-2003). He was named The Sporting News NBA Coach of the Year in 1993. He is the only person in NBA history to score 10,000 career points as a player and win 500 career games with two championships as a coach. Tomjanovich led the Rockets to NBA Championships in 1994 and 1995 and is one of three coaches to win an NBA championship and an Olympic gold medal. He led USA Basketball to a gold medal in the 2000 Olympics in Sydney, Australia.

PATRICK BAUMANN [Contributor] – Recognized posthumously, Patrick Baumann greatly contributed to the game as a longtime FIBA executive and a member of the International Olympic Committee for more than 10 years. He initially joined FIBA in 1994, rising through the ranks and earning the title of Secretary General in 2002, a title he held until his untimely passing in 2018. He primarily focused on the youth sector and the expansion of 3×3 basketball as a global game, while developing programs and events to grow basketball worldwide. A native of Switzerland, Baumann held a number of positions on several esteemed sports councils and advisory boards and was a basketball player, coach and referee prior to joining FIBA.