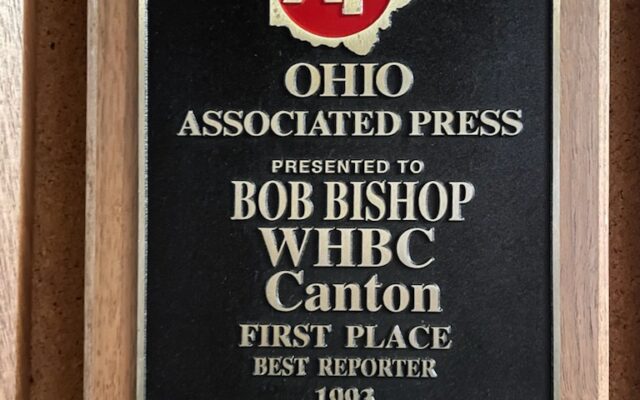 A long time WHBC news and sports reporter has passed away.
Bob Bishop, a native of North Canton, died on Friday. Bob won numerous associated press awards for his local news reporting on WHBC in 1990’s including the Best Reporter in a Large Market numerous times.  He was well known in the Stark County area for covering Canton City Council, Stark County Commissioner meetings and many other news events.  He was honored also for his breaking news coverage as well.   Bob will be remembered for his coverage with the late Jim Johnson of local high school sports. And, he was the voice of the Canton Invaders professional soccer team.   He was also known for his great wit and his love of trains.  His mother Helen passed away in 1995 and his father Donald Bishop passed away in 2019.  Bob had been a resident of the Laurels of Canton Nursing Home undergoing kidney dialysis.