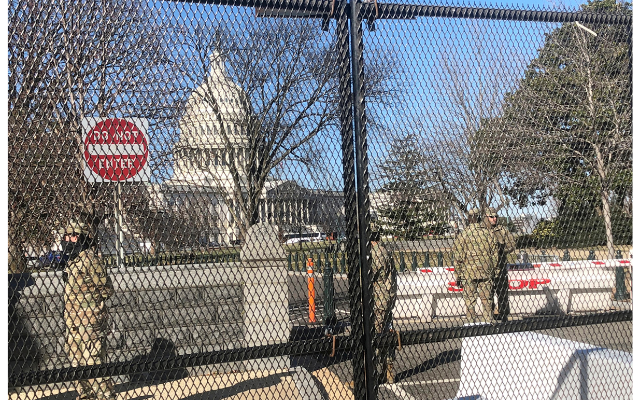 Members of the National Guard stand inside anti-scaling fencing that surrounds the Capitol, Sunday, Jan. 10, 2021, in Washington. Last week’s mob attack on the U.S. Capitol starkly highlighted a longstanding local security paradox: The District of Columbia government lacks authority over much of the area within its borders. (AP Photo/Alan Fram)

Governor Mike DeWine says the Statehouse and other state office buildings will be closed between Sunday and Wednesday.

Statehouse windows are already boarded up and steel barricades are in place.

Also, the governor activated another 500 Ohio National Guard members for duty in DC, making a total of 700 Ohio Guard members there.